When I arrived home last night, there was a power outage in my neighborhood but I didn't care because I found a little package from my CA$P!

Guess where she recently moved? 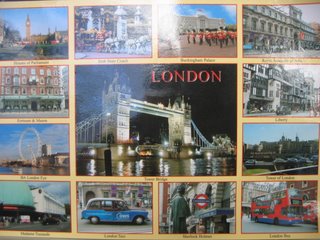 She went to Loop yarn store. I always see it advertised in knitting magazines and, someday, when I make my world yarn tour, I must visit this shop. As you can see, she bought me some Debbie Bliss Cotton Angora in a pretty teal color colour. 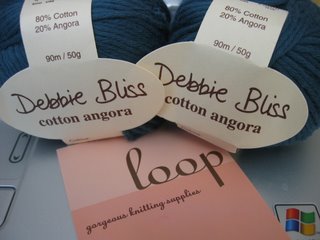 She also sent some Dairy Milk bars, and they got a little melty but after a few minutes in the fridge, I devoured one.

I think my CA$P is the very best of British! 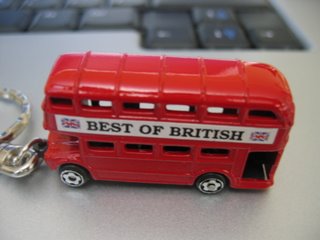 I have only been to London once. Several years ago, I was on the way to Ireland to meet up with my roommate and I had about a day and half layover in London so I tried to make the most of it. I checked into the smallest hotel in Covent Garden near the Royal Opera House (shabby room, but great location) and spent a jet-lagged afternoon walking around the City to see as many sights as I could.

That night I went to see "Les Miz" and, as I was walking towards the theater, someone stopped and asked me if I knew where the tube entrance was. Since I had just exited the tube station a block back, I could point it out. I was thrilled that I was mistaken for a local!

The next day I did some more sightseeing, some souvenir shopping and then headed back to the airport (where, by a random stroke of luck, I ended up in First Class with a singer named Robbie Williams and his band).

I can't wait to get back to England someday! And, this time I'd have wonderful knittyheads to meet up with so I'd have even more fun.


What European City Do You Belong In?

Awww, they spelled Sydney incorrectly! Good to know you'd fit in down here, though ;-)

Wow, what a cool CASP! (And that's an awesome brush with fame! My students would be soooo jealous!)

Loop is a lovely shop, and what a great package from your CASP.

This knittyhead would love to meet you when you do your world yarn tour ;)

What a fun CASP package!

Dang! I'm thoroughly impressed with your CASP!!! Not too C at all! ;-)