Lisa Souza's studio is near the town I live and, while I'm a lucky owner of 4 skeins, I've yet to knit up a pair of socks for myself. These are two skeins I purchased at Stitches (talk about milking a SEX for as long as I can). What I like about these is that there are variances in the colorways but not so much as to distract from the several lace sock patterns I want to try. 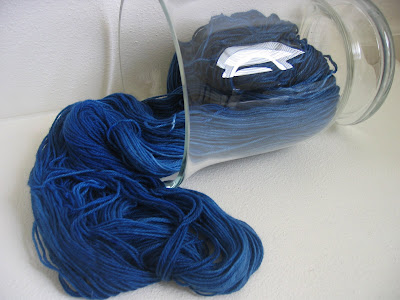 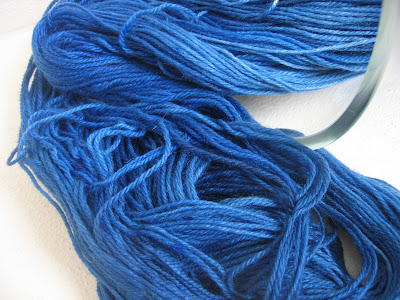 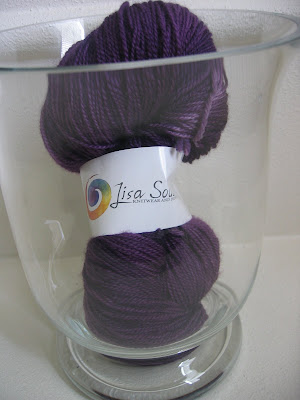 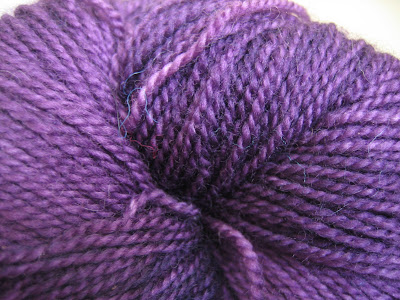 I've been at home the past two days with a nasty bug (even lost my voice but not in a sexy way but in a honking goose way) and not feeling well enough to knit. I've managed to put in about 4 hours of knitting time the past two nights on the Kerry Cardigan. Guess what? Due to serious USER error I'm back where I was Tuesday night when I took the photo on Tuesday night. Two steps forward, two steps back. Wah.

This yarn is to die for, really - I absolutely love the colourways and mind you, I so can't wait to see pics of the socks you're planning to make with these skeins!
I'm sorry to hear that you haven't been feeling well lately - all the very best to you, hope you'll be better very soon!

Sorry to hear you've been under the weather!! Gorgeous yarns though!! :)

I love the rich color variations in that stuff.

Darn, you could have sang "Smelly Cat" to the Gangsta Kitties if you had lost your voice in the sexy way. Hope you're feeling better!

Sorry to hear you're not well. Hope you're feeling better soon.

Hope Kerry starts to be a bit more co-operative too!

Love the yarn, those subtle colour changes are lovely.

Those colors are gorgeous and I think they will be perfect in some lacy sock patterns. So sorry to hear about the bug - sounds like the same thing I had a couple of weeks ago and it was miserable. Even worse that it's messing with your knitting - grrrrr. Hope you are feeling better soon!!

Looking at that pron should be enough to help you feel better. I love the rich colors!

Sorry about the sweater and I hope you are feeling better soon.

That yarn is amazing. My voice just came back today, so I'll use it to say just how gorgeous this yarn is. It's gorgeous!

Somebody hold me back because these are awesome colors!!! I am in love!