a dillydallyknitter: Stitches '09!! Part I

We Came, We Saw, and we spent far more than we should have but, most of all we had a great time! While there seems to have been a few less vendors this year compared to year's past, the recession appears to have no impact on the enthusiasm of knitters attending this year's Stitches West. One of the most notable NEW vendors this year (IMHO) was run by our very own local gal, Snicklefritz Yarns!! 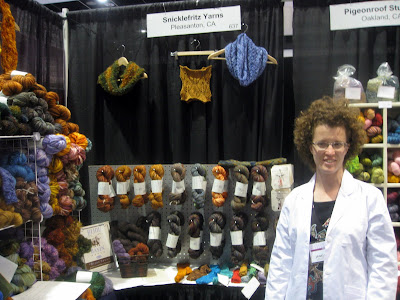 Not only was this her first year as a vendor, it was her first Stitches, ever!! She did a fabulous job and, at our after show meet up in the hotel lounge, she reported her first day sales were great.

She had spent the weeks leading up to Stitches dying up a storm and payoff was a booth full of gorgeous yarn, including the now infamous "Gnome Running Through the Forest" colorway. 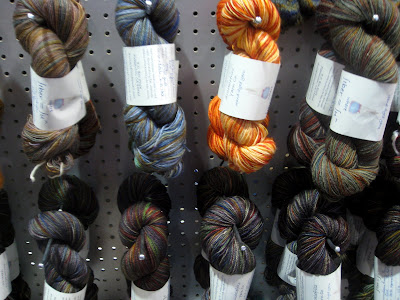 Sock yarns at the ready 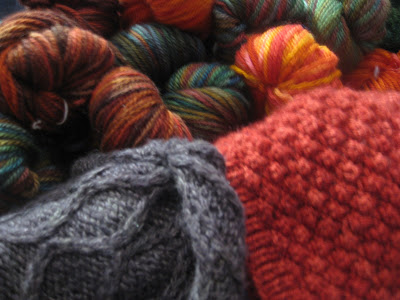 Even the drab fluorescent convention center lighting, can't hide the lovely colors
She was very kind and left Vendor badges up front for us so we got to preview the Market Preview. It was pretty cool to be in there while the vendor were setting up their displays and the ''calm before the storm' air of excitement was in the air. Being able to scope out the booths while it was quiet and uncrowded was a tremendous perk.
One of first booths we checked out was Blue Moon Fiber Arts where we ran into the most famous consumer (and now seller!) of BMFA, Irishgirlieknits! 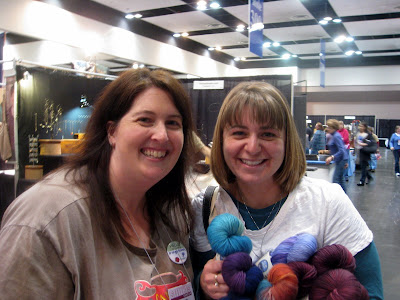 This was Josie's first booth and it took her about about .01 to get to the BMFA booth, and even less time to scoop up an armful of their gorgeous yarn. In fact four of us bought enough heavyweight to make our own February Lady Sweaters. I still need to photograph my haul (as soon as the drool dries off one of my skein of rare gems) and show you what I got.

It's a good thing that we got there when we did, because, and I'm not exaggerating, in less than 5 minutes, the place looked like this: 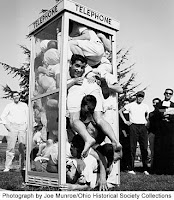 I have no idea how Carrie held up over 4 days of this, but we saw her on Saturday night and she was still beaming. Probably because the person on the left in the photo below came in the next day--Disco! I think my only regret is that there just isn't enough time to spend with all the wonderful people you see at Stitches. It's like a homecoming every year and the parade of incredible knitwear you see all around the convention center and in the hotel is a real treat.

Aww wow. How awesome! I'm so jealous! I'd love to see you & Irishgirlie & Disco all in one place!

Sniff...aww to see you all and hug you all at once would have been awesome!! BTW, what color heavyweight didja get ;)

Boy I'd love to attend something like this someday

Looks like fun!! Another good year. Love the VIP status!

If I didn't have before, then I certainly have mad fiber skillz now :0)

GREAT to see you again!

LOL!! Josie looks almost as excited as when we saw Yarn Harlot at Maker Faire. :D

Next year, next year! You guys are the best advert ever for this.

Did you see Bente at Piedmont Yarns' booth?

Wasn't it a fabulous weekend!! It was so good to actually spend a bit of time with you this year, as opposed to last year and just saying hi at the very end!!

And I love your book list on the sidebar!

Stitches was like meeting Santa, the Easter Bunny, the Tooth Fairy and the Great Pumpkin all at once! What a great weekend -- I want to cast on everything right NOW!!

Glad you had such a fun Stitches!