a dillydallyknitter: Finally Catching Up to Promises Made

Finally Catching Up to Promises Made

I've been promising my sister a pair of fingerless gloves for months now so I started out knitting some Fetchings with a leftover ball of Rowan but then screwed up (forgot the cable twist at the thumb). I was going to rip and start over but realized I wouldn't have enough yarn left to re-make them so......... 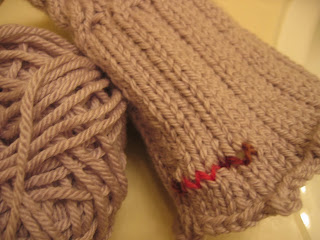 ....I made a second attempt 2 using Paton's SWS Soy Wool Stripes but I didn't like how the top part came out so... for attempt three, I dashed over to a LYS and bought two skeins of Debbie Bliss Cashmerino aran and had enough to make the Fetchings: 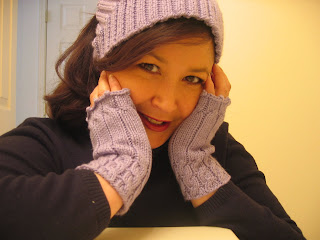 And a matching Calorimetry!

I liked it so much and want to hang with the cool girls like Turtlegirl,Zknitter, LadyLungDoc, Domestic Overlord and Bezzie and Cooknknit that I made one for me with yarn my former secret pal PrincesRach sent me: 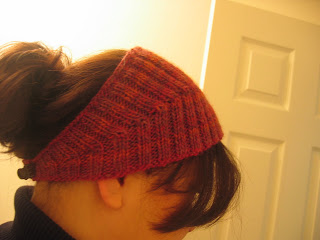 This is Twilleys of Stamford freedom spirit 100% wool 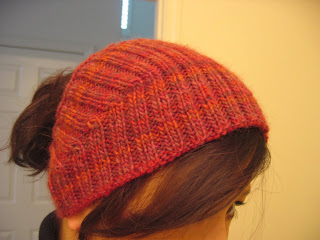 The head close up: 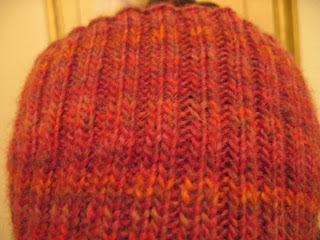 Could Caliorimetry be the first Clapotis-like must knit item of '07?

Quote: I've been promising my sister a pair of fingerless gloves for months now -

oh well :) Better late than never and I can't wait to get them!! Especially with the crazy winter we've been having in WA! Thank you!! :)

WOO! You're cool too!

I love your final Fetchings! Third time is a charm!

Awesome job on them!! Glad you perservered! I wasn't sure SWS would be the best for them, and now I know!Great job on your Calorimetry's too!! Go you!! We know what you've been doing all weekend! :) Nice pose there too!

Your Calorimetry looks great - I think you are right about it being the 'in' thing this year. I think I will be breaking soon and making one of my own.

Wow, for once I'm actually in sync with what is hot in the knitting universe!

Good job on hers and yours!!

feeling like it might be! I have been wanting to make the gloves for awhile... those are beautiful!

Not one but TWO Calorimetries!? Wow! They both look great! I'm particularly fond of that last one. I love the color!

Glad it turned out 3rd time lucky! the Fetching & Calorimetry look great. (So the fact that I was looking at this pattern just the other day and contemplating knitting it means I'm in sync with what's hot in the Knitting Universe too? :o )

OK, that's it, I have to make me some of those! Both Calorimetries and the Fetchings look great. I think I have yarn for both somewhere in my stash...

They look fab, especially the calorimetry in the twilley's.

I LOVE my fingerless gloves and hat-thingie! (don't know cool knitting name for it) it's so nice! I don't look as cute as you in it though!